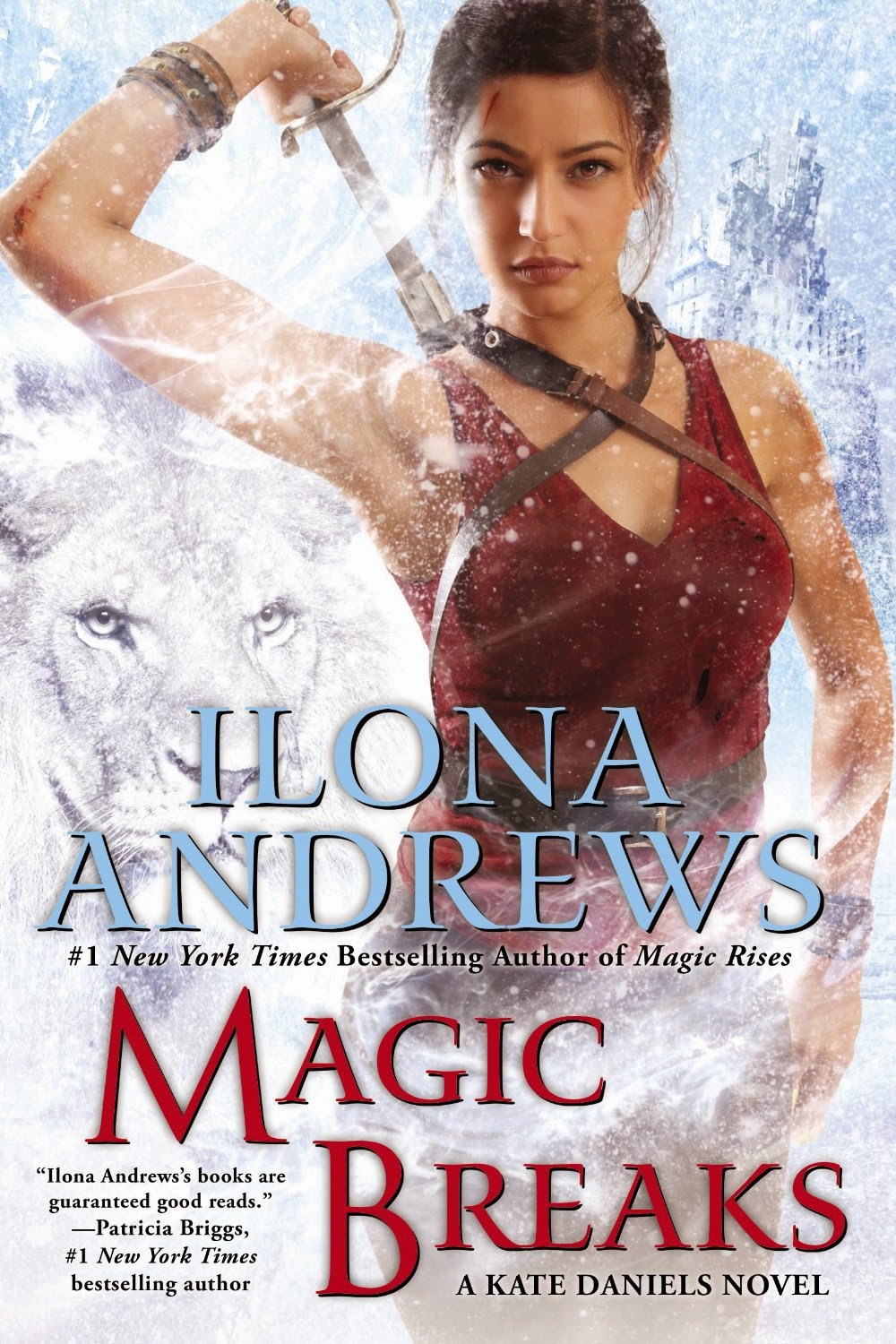 No matter how much the paranormal politics of Atlanta change, one thing always remains the same: if there’s trouble, Kate Daniels will be in the middle of it…
As the mate of the Beast Lord, Curran, former mercenary Kate Daniels has more responsibilities than it seems possible to juggle. Not only is she still struggling to keep her investigative business afloat, she must now deal with the affairs of the pack, including preparing her people for attack from Roland, a cruel ancient being with god-like powers. Since Kate’s connection to Roland has come out into the open, no one is safe—especially those closest to Kate.
As Roland’s long shadow looms ever nearer, Kate is called to attend the Conclave, a gathering of the leaders from the various supernatural factions in Atlanta. When one of the Masters of the Dead is found murdered there, apparently at the hands of a shapeshifter, Kate is given only twenty-four hours to hunt down the killer. And this time, if she fails, she’ll find herself embroiled in a war which could destroy everything she holds dear…

Praise for the Kate Daniels novels:
“One of the brightest voices in urban fantasy, and one of my favorite authors. Ilona Andrews delivers only the best.”—New York Times bestselling author Jeaniene Frost“Vividly imagined fight scenes, clever use of obscure mythology, a uniquely interesting setting, and rich characterization make this a rare treat.”—Publishers Weekly

Magic Breaks was everything I didn’t know I wanted in a Kate Daniels book and more. Magic Breaks is so unlike Magic Rises and while I loved Magic Rises more that I can possible express, I’m not sure that I could have gone through that kind of emotional trauma again, and yes, I do mean trauma. Magic Rises made me hurt! You know that ache in your chest when you get a phone call and are told someone in your family died…yea it was that kind of feeling. Magic Rises put me through the ringer and Magic Breaks slowly put the pieces of my heart back together for Kate and Curran. Kate has sacrificed so much for the pack. She has leaked blood, sweat, and tears for them and in Magic Breaks, her bonds with the people she has fought so hard to protect are tested when the truth behind her relationship to Roland goes public.
Roland is just as sinister and power hungry as we have always been led to believe, but there are layers to him that make him much more interesting than I’d thought he would be.  Watching the moment that Kate and Roland meet unfold was exciting beyond belief and while Hugh is still a sick bastard with a superiority complex, for some reason I still like the guy. Andrews really knows how to pen the enemy and make you love what a complete bastard they are.
Magic Breaks without a doubt is a must read for 2014 and while it can be read as a standalone, you’re sorely missing out if you bypass books 1-6. The Kate Daniels series continues to be my all time favorite series out there all the way through book 7. Andrews does not disappoint.

lona Andrews is the pseudonym for a husband-and-wife writing team.

Ilona is a native-born Russian and Gordon is a former communications sergeant in the U.S. Army. Contrary to popular belief, Gordon was never an intelligence officer with a license to kill, and Ilona was never the mysterious Russian spy who seduced him. They met in college, in English Composition 101, where Ilona got a better grade. (Gordon is still sore about that.)
Gordon and Ilona currently reside in Texas with their two children, and many dogs and cats. They have co-authored two series, the bestselling urban fantasy of Kate Daniels and romantic urban fantasy of The Edge.