Savannah Dupree is a freshman studying at Boston University on a full scholarship. But academic excellence is only one of her gifts. Savannah possesses something even more remarkable than her quick mind and insatiable curiosity for learning. With a simple touch, she can see an object's past--a skill that puts her life in danger, when her studies bring her into contact with a centuries-old English sword and the terrible secret hidden within the blade's history.In all his three hundred years of living as one of the Breed, vampire warrior Gideon never dreamed he'd see the blade again that spilled his young brothers' lives ages ago in London. Ever since the boys' deaths, Gideon's been on a personal quest to rid the world of Rogue vampires, but now he can't help wondering if the brutal slaying was something more sinister--an act perpetrated by an unknown enemy. An enemy who is apparently living in hiding somewhere in Boston. There's one certain way to prove Gideon's suspicion, but it will mean using innocent, gifted Savannah to help uncover the full truth--a truth that will shatter everything she knows about herself and the world around her. And with danger closing in from all sides, the passion that ignites between Gideon and Savannah will tempt them to risk their hearts and lives for a love that might just last an eternity....(This 40,000-word novella, a prequel to the Midnight Breed series, was previously published in its entirety in The Midnight Breed Series Companion, also available now in ebook and paperback.)

A Touch of Midnight acts as a prequel for the midnight breeds series and shows us a side of Gideon that we had never seen before. We get to see how he falls in love with Savannah, his mate who we grow fond of throughout the series, and we get to see a bit more of what makes Gideon tick. We’ve always known him to be our love-able technology obsessed breed but in A Touch of Midnight, we get to see the rest of what Gideon has to offer. I found A Touch of Midnight to be an enjoyable addition to the breeds series and while I don’t believe it is as engrossing as some of Adrian’s other novels, it is definitely worth reader for those who want a new take on a well loved character in the series. I do wish that their had been more build up prior to Gideon and Savannah’s relationship taking off but think Adrian did a terrific job showcasing the era in which the story was set. Providing a realistic and enjoyable setting for the novella. 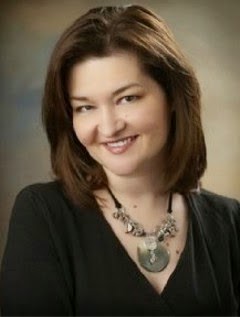 LARA ADRIAN is the New York Times and #1 internationally best-selling author of the Midnight Breed vampire romance series, with nearly 4 million books in print and digital worldwide and translations licensed to more than 20 countries.
Lara Adrian’s debut title, Kiss of Midnight, was named Borders Books bestselling debut romance of 2007. Later that year, her third title,Midnight Awakening, was named one of Amazon.com’s Top Ten Romances of the Year. Reviewers have called Lara’s books “addictively readable” (Chicago Tribune), “extraordinary” (Fresh Fiction), and “one of the best vampire series on the market” (Romantic Times).
Writing as TINA ST. JOHN, her historical romances have won numerous awards including the National Readers Choice; Romantic Times Magazine Reviewer’s Choice; Booksellers Best; and many others. She was twice named a Finalist in Romance Writers of America’s RITA Awards, for Best Historical Romance (White Lion’s Lady) and Best Paranormal Romance (Heart of the Hunter). All seven historical romance titles have since been reissued independently by the author in the United States, with the first reissued title, Lord of Vengeance, spending four weeks on the USA Today bestseller list upon its release. In Germany, Lara’s books have twice hit #1 on the Stern bestseller list and typically spend multiple weeks in the top ten spots on Der Spiegel, peaking thus far at #3. The Midnight Breed series has sold in excess of 1 million copies in Germany. In Italy, the January 2011 release of Book 4 of the series hit three bestseller lists (La Repubblica at #5; TTL at #7; and Corriere della Sera at #13). The series has currently sold over 250,000 copies in Italy. In the United Kingdom, Lara’s publisher reports more than 100,000 copies of the series in print thus far, with each title returned to press multiple times. With an ancestry stretching back to the Mayflower and the court of King Henry VIII, Lara Adrian lives with her husband in New England, surrounded by centuries-old graveyards, hip urban comforts, and the endless inspiration of the broody Atlantic Ocean.