Sebastian "Bas" Perry acknowledges there is something physical drawing him to Priya Drake, the inquisitive reporter. She is strong and tenacious and unpredictable, as he soon learns when she follows him to his resort in Sedona.

Priya Drake knows what her assignment is, all she has to do is pull it off without getting caught. Desperation pushes her further than she ever imagined and suddenly she realizes she just might be in over her head when she comes face to face with the alluring shapeshifter Sebastian "Bas" Perry once again, in Shifter’s Claim Part I, from The Shadow Shifters series by A.C. Arthur.

So I was a little confused in the beginning, I felt like the prologue was slow to start and I could have done without it. The chemistry was HOT and the attraction was pretty intense between Priya and Bas but things moved a little too fast for me and it made the story unrealistic and while I realize that shifters in general are not ‘real,’ the fast connection between Priya and Bas just seemed unrealistic. I felt like a lot was left out that could have been expanded upon and while I am hopeful that the next installment will answer my many questions and further develop the story, installment one just didn’t really do it for me. It wasn’t bad. The writing was good, the story had substance, it just wasn’t really for me and I found myself struggling to finish the book which is usually not an issue for me with any PNR book. 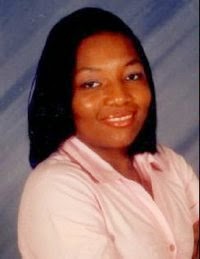 Artist C. Arthur was born and raised in Baltimore, Maryland where she currently resides with her husband and three children. An active imagination and a love for reading encouraged her to begin writing in high school and she hasn’t stopped since.

Working in the legal field for almost thirteen years now she’s seen lots of horrific things and longs for the safe haven reading a romance novel brings. Her debut novel Object of His Desire was written when a picture of an Italian villa sparked the idea of an African-American/Italian hero. Determined to bring a new edge to romance, she continues to develop intriguing plots, sensual love scenes, racy characters and fresh dialogue—thus keeping the readers on their toes!
During the course of her writing career Artist has won the YOUnity Guild’s Best New Drama and Romance Author Award in 2005/06; been nominated 3 years straight for EMMA Awards, with the fourth time being a charm she took home the 2007 EMMA Award for Favorite Romantic Suspense; and has also received her first Romantic Times Reviewers’ Choice Award Nomination for Best African American Romance. She is represented by Christine Witthohn at Book Cents Literary Agency, LLC. Visit her WEBSITE for more info.