Book Blurb: In a futuristic world nearly destroyed by religious extremists, Justin March lives in exile after failing in his job as an investigator of religious groups and supernatural claims. But Justin is given a second chance when Mae Koskinen comes to bring him back to the Republic of United North America (RUNA). Raised in an aristocratic caste, Mae is now a member of the military’s most elite and terrifying tier, a soldier with enhanced reflexes and skills.
When Justin and Mae are assigned to work together to solve a string of ritualistic murders, they soon realize that their discoveries have exposed them to terrible danger. As their investigation races forward, unknown enemies and powers greater than they can imagine are gathering in the shadows, ready to reclaim the world in which humans are merely game pieces on their board.

My Review: So Gameboard of the Gods is Richelle Meads first installment in her new Age of X series and all I really have to say is that this series is sure to be amazing. Gameboard of the Gods was a great read. I really connected with Mae and enjoyed watching her grow through her experiences. Justin is kind of a jerk, but the type of jerk that for some reason you like. Mead captured his character perfectly. I was a little disappointed in the ending. The “problem” in the story was solved and a “solution” was found but so much was left unsaid. So much was unspoken between Justin and Mae and while I’m sure we may see more in future books, it still threw me for a loop. The action was exciting throughout the story. I was constantly left at the edge of my seat and the climax was pretty fantastic. Lots of fighting and near misses. Dominic is a character I’m looking forward to learning more about. His background and feelings towards those like Mae leads me to believe he’s had some close experiences with praetorians. I also really liked Val and Dag. Mae’s praetorian cohorts. They were hilarious at times and I’d like to see more of them in the future. All in all Gameboard of the Gods was a great read. Because it is the first in the series there is a lot of information and world building going on that at times got a little confusing but in the end all of the pieces feel into place and I am highly anticipating book 2 in the series. 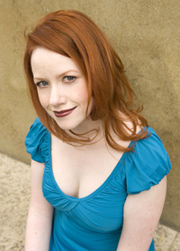 Richelle Mead is a New York Times and USA Today bestselling author of urban fantasy books for both adults and teens.  Originally from Michigan, Richelle now lives in Seattle, Washington where she works on her three series full-time.
A life-long reader, Richelle has always had a particular fascination with mythology and folklore. When not writing,, she enjoys bad reality TV, traveling, trying interesting cocktails, and shopping for dresses. Lots of dresses. She is a self-professed coffee addict, fights a constant (and losing) battle with procrastination, and has a passion for all things wacky and humorous.
BLOG/ FACEBOOK/ GOODREADS/ TWITTER
Amazon Buy Link:
Gameboard of the Gods (Age of X)