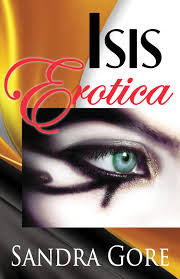 Book Description
Would you dare step back in time to find Mr. Right?

Part One: The Red Mirror. Who knew an old mirror in an antique store would promise pleasures more sensuous than any dream? Isis meets River God of bronzed flesh and snowy linen, the man with The Touch. She will do anything to feel that touch, even cross through time.

Part Three: The Great Green. Isis is the chosen one, chosen by her father Hermes Trismegistus to protect the Emerald Tablet. But Isis needs protection herself from the evil Crown Prince and the invading Persians. Cosmic forces bring together the circle of souls in two passion-filled nights – one below deck on River God’s ship on the Nile and the other on the Las Vegas Strip.

On the banks of the ancient Nile, she meets River God of bronzed flesh and snowy linen. “You shall fly to the stars with my tongue on your lotus,” he breathes in her ear. Alas, the gods have other plans. Isis finds herself first on a quest for the all-powerful Emerald Tablet, and then without warning, back in Las Vegas.
Uncertain and unnerved, Isis joins best friend Barb for a surprise encounter that compels her to go back through the Red Mirror in search of River God. But a desert hunt goes all wrong, and Isis the sex slave lands in the grip of the Persian General’s thick fingers. “If you please me,” he proposes, “you will belong to me and me alone, but only as long as I am pleased.” One fateful night, a ride on a comet shows Isis the dark side of love and sets the price she must pay for freedom. Four hot men crossing back and forth through time. They all want her. Who will have her? Does she have to choose?
Who says a woman should have only one man?
Who says there’s a Mr. Right?
One man is not enough for Isis. One life is not enough.
The Isis Erotica collection is comprised of three connected adventures  that can be downloaded as ebooks in three parts: The Red Mirror, The Persian General and The Great Green

Isis takes erotica all the way! If you love smut books like me, you will love Isis. This 3 part collection is a super steamy read, I mean how can it not be when it begins with a naked bathing/oiling ceremony? Isis was a fun adventure with lots of hot men, hot scenes, and steamy steamy sex! I really enjoyed reading this book and am glad that it was put into a 3 part collection because I don’t think I would have been able to read them separately! As soon as I finished a portion I had to dive right into the next, it was just that good! I do have my favorite, I’d say part 2 with the Persian General was the most exciting for me. This collection was a quick and easy read, I devoured it in about 2 days and would recommend it to anyone wanting romance with more..much much more 😀 Isis Erotica will not disappoint! 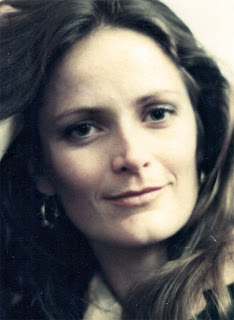 Born with wanderlust, forever living in a fantasy world, Sandra Gore escaped the prairies of Kansas and followed the yellow brick road on a 25 year odyssey that took her to Europe, Africa, Latin America and the Middle East.
Starting with a one-way ticket to Iceland, Sandra returned with a Viking husband, an art degree and speaking five languages. She and her husband have two adult children and divide their time between a California beach house and a Las Vegas condo.

A frustrated Las Vegas party girl discovers a Red Mirror in an antique mall and succumbs to the lure of the bold-eyed woman in the glass. “Come,” the Mirror beckons, “taste of a life more sensuous than any dream.” The exotic life that tempts is one she once lived as Isis, priestess in the mystic cult of Hathor, Egyptian Goddess of Love. “I have secrets,” her aura teased. “Wonderful secrets that only I can share.”
Find Sandra online:
http://sandragore.com/
https://twitter.com/GoreNovels
https://www.facebook.com/GoreNovels

Wanna try out a fun read from Sandra? Go HERE to download A TRUE LOVE STORY by Sandra Gore
a Rafflecopter giveaway