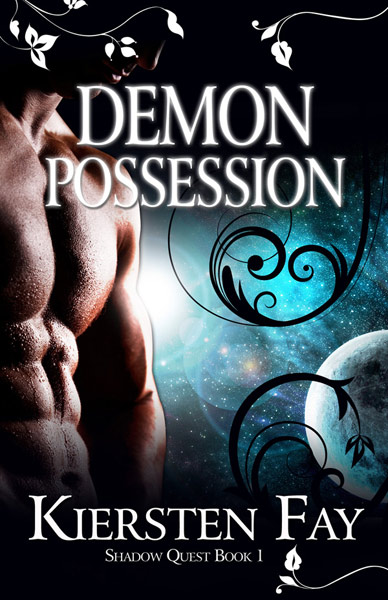 After being enslaved on the spaceship Extarga for most of her life Analia has no memory of her life before, and has lost all knowledge of her people. Her mysterious gift and pointed ears are the only indication that she is different.
Analia is alone, and for all she knows, she’s the last of her kind. By chance Analia escapes her captors, and hides herself on the merchant shipMarada, planning to get off at the very next stop.
Unfortunately for her, there is no next stop. The crew is planning a delivery that could take months, and according to a stipulation in the newly signed contract, no one is allowed on or off the ship until the package is delivered.
When Analia is found by the  captain of the Marada, she must adapt to her new role on the ship, and try to control her newly awakened desire for the brutal and devastatingly erotic demon.

First let me start of by saying how much this book exceeding my expectations! From the blurb I knew it sounded interesting and right up my alley but I was shocked to find myself up at 4 and 5am reading because I honestly just could not put it down. I read at work, I read at home, I read on the bus to school, I was so consumed with this book I couldn’t focus on anything else until I finished. From the very beginning my heart went out to Anya. I instantly wanted to help protect her as if she was a real person and not a fictional character. The relationships that she developed with not only Sebastian but Sonya and Cale and Marik and the rest of the crew were so genuine and so relatable. I loved watching their stories unfold and at times had to fight back my own emotions. You know that gut wrenching feeling that you can have when something happens in a book or a movie and you want to yell out “No” and help them fight the bad guys? Well I had the gut wrenching, pit in my stomach feeling over and over. This book made me physically feel something and for that I applaud the author. Demon Possession was riveting and unlike anything I have read as of late. I am so glad I had the opportunity to read this story and I highly recommend this book to not only paranormal fans but to anyone who enjoys exceptional world-building with an amazing love story! Demon Possession does not disappoint!

Anya watched Sebastian from the corner of her eye as he went to work cleaning away the blood. He was focused and intent on his task, but couldn’t seem to stop touching her in little ways. Softly brushing her hair, her shoulder, her hip. Was he checking her for further injuries? It seemed more intimate than that. It was almost as if he didn’t even realize he was doing it.
His tenderness with her was astonishing. While he was focused on wiping the blood from her cut, Anya allowed herself to study him closer. He seemed calm now, though his energy was still erratic.
When he had first returned, still resembling the monster, it had terrified her. He’d still been enraged, much more so, it seemed. And not for the first time, she’d thought he might hurt her.
But when his eyes had found hers, he’d visibly relaxed, instantly morphing back into the Bastian she recognized.
With a gentleness contradictory to the man standing before her, he cleaned her wound. By his soft pats and concerned looks, she knew now that he would never hurt her. She felt silly for ever thinking otherwise. He’d shown her nothing but kindness from the beginning.
“You’re not frightened of me anymore?” he asked without averting his gaze from the cut on her cheek.
He was almost completely back to normal now. His horns were returning to their original dark black, and his fangs had receded. Thinking back to his other form, she couldn’t muster the terror it had inspired in the first place. “No,” she said simply.
“So easily?”
“You make it hard to fear you, Sebastian, when you treat me the way you do.”
“And how’s that then?”
“Like you would never hurt me, no matter how angry you are, or how much you might want to.”
His golden eyes locked on hers with such intensity it stole her breath. “I would never want to hurt you.” Cupping her face, he rubbed his thumb along her unmarked cheek. “I could never hurt you. If anything ever happened to you, I fear I will be trapped on the Edge forever.” Leaning in, he lightly kissed her bruise. “I think of you constantly.” He kissed her forehead. “Always.” Then with the lightest touch, he kissed her lips.
With words so sweet, Anya couldn’t help but lean into him. This wasn’t the demanding kiss from before. This was soft, smooth, tender. This time he allowed her to explore him at her leisure. His lips were soft and warm, molded to hers, and she caressed them.
Her second real kiss ever was turning out to be the most erotic experience of her life. Sebastian was watching her with his liquid gold eyes, filled with restrained lust as he let her place soft kisses on him.
When she darted out her tongue, he dropped his hands to her hips, his body wedging between her legs. The second time she darted her tongue to lick his sweet lips, he opened, his tongue meeting hers.
From deep within him, she heard the rumblings of a satisfied groan. The mere sound stroked her own lust, and she instinctively dug her nails into his shoulders. Liquid pooled between her legs. Bastian’s grip tightened in her hips.
“Let me taste you,” he grated. 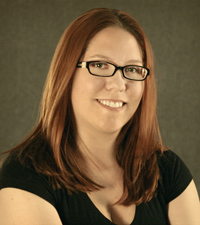 Kiersten Fay is the author of the steamy paranormal romance series, Shadow Quest, which combines paranormal and sci-fi romance and is loosely based on mythology and lore. Like many authors, she loves creating new worlds with the power of her mind, along with brooding alpha males and strong, yet vulnerable, female leads.
In 2012, she received a nominated for favorite author of 2012 via gravetells.com, and that same year, won Favorite Story of August for Demon Retribution, the third book in her Shadow Quest series. Before becoming an author, Kiersten worked as a graphic designer, and now enjoys creating her own book covers.
For more information on Kiersten Fay, or her upcoming romance novels, visit her
Website www.kierstenfay.com
Facebook: https://www.facebook.com/KierstenFay
Twitter: https://twitter.com/KierstenFay
Goodreads: https://www.goodreads.com/author/show/4810094.Kiersten_Fay
Google +: https://plus.google.com/u/0/103692267895642730954/posts