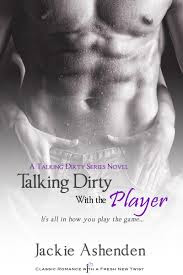 Blurb: Up-and-coming photographer Judith Ashton is pretty sure she has everything in her life under control. That is, until a blast from the past comes back to taunt her, in the shape of Caleb Steele, her older brother’s best friend–the same man who broke her heart eight years ago. Their chemistry is combustible, but she’s been fooled once by this player, and she’s not going there again.

To pro rugby player Caleb, Judith has always been Kryptonite, but his former playboy lifestyle is the last thing she wants to be involved in, and he can’t blame her. In the midst of her brother’s threats to back off, and the deal of his career sending him far away from her, he knows he’s playing with fire. And this is one game he’s going to lose.

ONLY ONE MORE DAY TO GO UNTIL IT’S RELEASED!!! YAY
Buy Link :Talking Dirty With the Player: A Talking Dirty Novel (Entangled Indulgence)

My Review:
What a fun read! I can always count on Entangled publishing to pick great authors to publish. Talking Dirty with the Player was fun and witty but there were still those moments when my heart would ache. The love story between Judith and Caleb was so relatable. I think most of us can think of a time when we were afraid to dive into a relationship head first so we just pushed them away. I really loved the character development within the story, I think the author did wonders with Caleb’s character. He was the cocky ‘i’ve got it all’ type of guy who you still fell for despite his arrogance. I loved that Caleb was always pushing Judith’s buttons in the beginning just to get a response from her. The banter between these two was a lot of fun to read. Ashenden wrote a wonderful story that took us on a fun and heart warming adventure. I think most readers would really enjoy this book and it s safe to say, I’m looking forward to reading more of her work. Starting with ‘Talking Dirty with the CEO’ I’m eager to see Joseph and Christine’s story now that I’ve grown to love them in this story already. 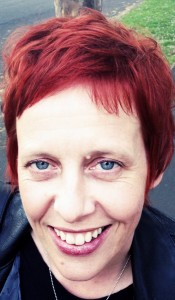 Jackie has been writing fiction since she was eleven years old. Mild mannered fantasy/SF/pseudo-literary writer by day, obsessive romance writer by night, she used to balance her writing with the more serious job of librarianship until a chance meeting with another romance writer prompted her to throw off the shackles of her day job and devote herself to the true love of her heart – writing romance.
She particularly likes to write dark, emotional stories with alpha heroes who’ve just got the world to their liking only to have it blown wide apart by their kick-ass heroines.
She lives in Auckland, New Zealand with her husband, the inimitable Dr Jax, two kids, two cats and some guppies (possibly dead guppies by the time you read this). When she’s not torturing alpha males and their stroppy heroines, she can be found drinking chocolate martinis, reading anything she can lay her hands on, posting random crap on her blog, or being forced to go mountain biking with her husband.
You can find Jackie at www.jackieashenden.com or her blog atwww.jackieashenden.blogspot.co.nz, or follow her on Twitter @JackieAshenden