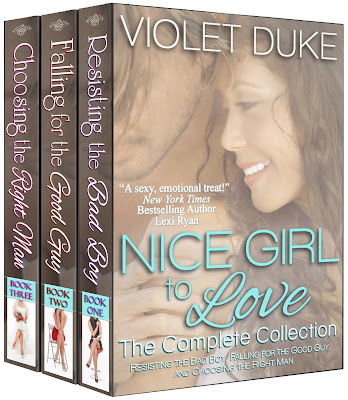 THE ONE SHE NEVER THOUGHT SHE COULD KEEP…
Abby Bartlett is the quintessential nice girl. Between teaching, volunteering, completing her PhD, and helping her best friend raise his daughter, Abby never gets the chance to be anything but nice. That is, until the all-wrong-for-her man she’s only ever known from afar starts daring her to simply take that chance for herself. His sage advice? Try something wild and fast. Preferably him.
An unbridled, hotshot attorney with a not-so-little black book, Connor Sullivan has earned himself quite the bad boy reputation. But in his defense, he’s a very conscientious one. He knows far too well that sometimes in life, love isn’t enough…or worse, not even a factor at all. To avoid that misery–and repel the drama–Connor has a firm ‘nothing over a month’ rule. Who knew a nice girl would be the one to make him want to break all his rules?
THE ONE SHE NEVER HOPED SHE COULD HAVE…
Abby is well aware that everyone thinks she’s in love with her best friend Brian. He is, after all, the type of man a nice girl should be with–the polar opposite of the bad boy–the kind of guy who didn’t let his wife’s decade-long illness stop him from showering her with a lifetime of love every second until her dying day. But everyone’s wrong; she couldn’t possibly be in love with him. Because she’s never once allowed herself that option.
It’s taken a while but Brian has finally come to terms with surviving the woman he spent half his life loving, a third of it losing. Truth is though, he wouldn’t have ‘survived’ any of it really had it not been for Abby–sweet, incredible Abby–the woman he’s never once had to picture his life without, never realized he couldn’t truly live without. Until now. Now that he’s finally able to love her the way she deserves, the way he knows she wants to be loved…by his brother. Who’s giving him exactly one chance to speak now or forever hold his peace.
A DECISION SHE NEVER DREAMED SHE’D HAVE TO MAKE…
And now it’s up to Abby to decide between the bad boy wanting to start a life with her and the good guy fighting for the life they’ve already built. 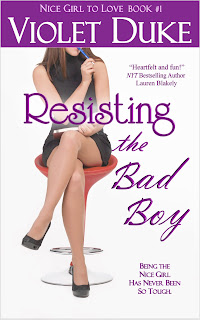 Resting The Bad Boy
Resisting the Bad Boy by Violet Duke is seriously epic. I cannot tell you how enthralled I was by this book! I was sucked into this story from the very beginning and found my heart melting at every turn though don’t let that comment fool you because Resisting The Bad Boy was heartbreaking at times as well. This one really put me through the ringer! I laughed and I cried and was put through an emotional roller coaster that I wish I could ride again and again. Watching Abby and Conner develop their relationship made me want to be them! I wanted that depth of feeling in real life! And the ending..Oh My God is all I can say. I had to dive right into book two without even waiting a day because I was so shocked. Resisting the Bad Boy is officially on my “YOU ARE CRAZY IF YOU HAVENT READ THIS YET” book list because seriously…You ARE crazy if you don’t read it!!  This book made me an official Violet Duke fan…she can do no wrong in my eyes. 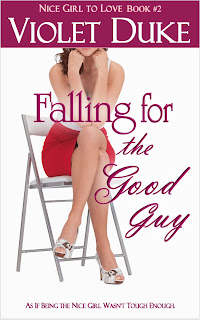 Falling for the Good Guy
Okay so after reading Resisting the Bad Boy, I thought I was team Conner all the way but then came the other Sullivan brother and I became Team Brian all the way and now… Well…can’t I have them both? Falling for the Good Guys was so completely emotional for me. I have not felt like my heart was ripped from my chest so much in my life than I have from reading this book. This is a fast paced and heart melting read that leaves you wanting so much more of the Sullivan brothers. And Abby, she is the type of woman we all want to be our best friend. She’s strong and brave and always tries to do what she thinks is right, always putting others before herself like poor Skylar, damn that poor kid! I cried for her, I cried for Brian, I cried for Abby. Safe to say I cried alot. Falling for the Good Guy was amazing and something new came at every turn. This one is an absolute must read! 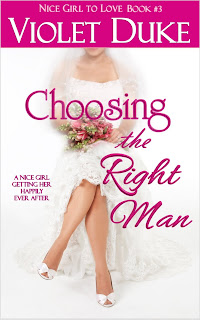 Choosing the Right Man
Yet another emotional roller coaster I kid you not. I don’t know why Violet Duke is doing this to me. I thought Book 1 and 2 were emotional but oh boy book 3 takes the cake. I have no idea how Abby decided between Conner and Brian because I couldn’t even decide who I wanted her to end up with. Violet made me love them both and it was just so unfair. I was being pulled in so many directions because Conner loved her and she loved him but so did Brian and what about Skylar?! That little girl wants Abby to be her Mom sooo bad and Abby wants to be her mom too. Ahh this was so rough! My heart was in knots the entire time! Huge praise for Violet Duke for writing yet another exceptional love story that had me biting my nails and on the edge of my seat. I could not put this one down and THANK GOD there is hope for the Sullivan brother that did not find love with Abby to find love with a certain someone else. I cannot wait for book 4 to come out.

Guess what?! You can buy all 3 in this complete set for ONLY $3.99 No joke it is a steal of a deal for how amazing these books are! I cannot rave enough. If you have’t read the Nice Girl to Love series you are really missing out! So click the link to grab yours because this series is Seriously Epic! Nice Girl to Love: The Complete Three-Book Collection 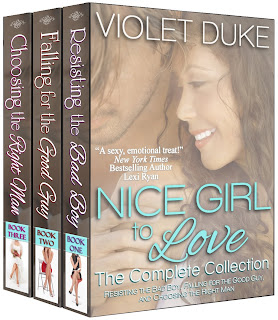 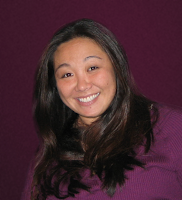 VIOLET DUKE is the pen name of Nina Nakayama, lovingly chosen in honor of her two adorably wacky kids.
Nina blames her lifelong addiction to reading on the public library she all but lived in as a kid.  Now decades later, she’s still a bonafide book junkie with a book-a-day habit she can’t kick and nightly reading-by-flashlight binges.

You could say that reading was her gateway obsession, with writing being its natural progression.  And she couldn’t be happier for it.  She gets to scramble after a bunch of untamed story characters in her head for a living, without the fear of men in white coats and butterfly nets coming after her—not for those reasons anyway.

Like the heroines in her novels, Nina has had her fair share of ups and downs in life…along with a quirky happily-ever-after she couldn’t have written better herself.  Her dream house on O‘ahu is one that some crazy builder let her draw up the plans for via an old bargain bin architecture software readable only on WinXP or older.  And the hero of her romantic tale is a guy who, after getting her number from her former student, tricked her into nightly marathon phone calls while she’d been trying to focus on her doctoral dissertation.  She ended up falling in love with the sneaky man within weeks­—before ever meeting him in person—and marrying him a few months later.  Now, whenever folks ask what inspired (possessed) her to one day put a pin in her career as an English Ed professor to pursue her dreams of becoming a romance author, she smiles and points an accusatory thumb at him.