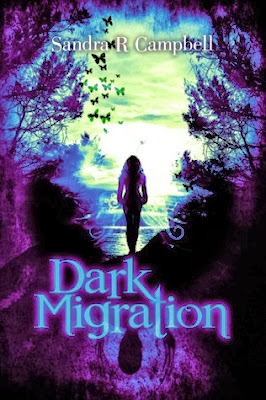 Dark Migration by Sandra R Campbell
Publication date: August 2013
Genres: Dark Fantasy, Horror, New Adult
Synopsis:
Seanna Raines is on a journey of self-discovery. Only her search does not include college applications or finding a cool summer job. After killing Samuel Bolvayne, the ‘man’ she fears and loves, Seanna is not looking for who she is, but rather what she will become.
Samuel spent countless lifetimes trying to forge a companion like himself, but his previous attempts were considered failures. Until Seanna. She is his first true success… and his ultimate undoing. Now, without Samuel to guide her, Seanna is lost. To survive, she needs to find out what her transformation means: super strength, the ability to smell human emotions, and an ever-increasing need to devour human souls. Seanna travels to Samuel’s earthly homeland, along the coast of South Africa, in search of answers. Here, she encounters several of his failed experiments, who claim to know the truth. These abominations lead her into a sinister world of chaos and destruction, where the birthplace of evil is revealed.
Seanna clings to the last piece of her humanity while struggling to accept her feelings for Samuel and what she has done to him. Just as Seanna embraces her fate, she is forced to choose between life as an immortal with the one she loves or sacrifice it all to save a world that does not deserve saving.
Goodreads: https://www.goodreads.com/book/show/18221784-dark-migration?ac=1
Purchase:
–Amazon: http://www.amazon.com/s/ref=nb_sb_noss?url=search-alias%3Daps&field-keywords=Dark+Migration+Sandra&rh=i%3Aaps%2Ck%3ADark+Migration+Sandra
–B&N: http://www.barnesandnoble.com/w/dark-migration-sandra-r-campbell/1116440464?ean=9781484858806
About Sandra 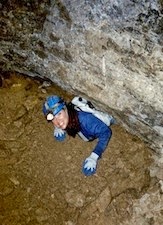 Sandra R. Campbell lives along the tranquil waters of the Chesapeake Bay with her new husband and weight challenged cat. She can trace her passion for the macabre back to reading Edgar Allen Poe as a child, with her pet crow, Big Fellow, by her side. She has since submerged herself in a wide range of dark literature. An avid thrill seeker, Sandra is always looking for her next big adrenaline rush, and when spelunking, climbing, diving and monster hunting fails to deliver, she turns to the creation of through-the-rabbit-hole worlds and sends her characters on their own adventures. Her first NA paranormal thriller, Butterfly Harvest, was published in September 2010. Sandra also writes children’s stories, is an active member of the Maryland Writers’ Association and the head of a MWA critique group.
Author links:
Website: http://sandrarcampbell.com/
Facebook: https://www.facebook.com/butterflyharvest

Interview with Sandra
Hi Sandra, Thank you so much for stopping by Coffee and Characters today to talk with us about your latest release, Dark Migration. To start off, I’d love for you to tell us a little bit about what inspired you to write this particular book?
To answer this I have to go back to the inspiration behind my first novel, Butterfly Harvest. After witnessing one of my night terrors, which I’ve suffered from throughout my life, my husband suggested I turn my dreams into stories. A few weeks later, while walking through the woods, I saw the 3,000-mile migration of the Monarch butterfly for the first time. That’s when, Butterfly Harvest, really took shape. The story twisted and turned into more than I ever thought it could be… and continued to do so. Dark Migration soon emerged as a result because Seanna and Samuel’s story wasn’t finished; it still isn’t.
Very cool, So Dark Migration is book 2 in the series right? What are your plans for the series as a whole and what can readers expect to see as the stories unfold?
Yes, Dark Migration is the second in a three-part series. Seanna will continue to grow and transform, evolving into more than she ever dreamed possible. At the end of Dark Migration, Seanna finally gives in to her feelings for Samuel, but Samuel’s motives were never made clear. The third and final book, not yet titled, will answer many open-ended questions from the first two books… What really happened to Seanna’s father? What are Samuel’s true intentions? What does Bennett’s offer to the Dereltego mean for Seanna? And of course, if the Dereltego rise up to take their revenge on mankind, will Seanna have the power and resolve to stop them?
Now, I would love to pick your brain on tips and tricks. What particular rules of thumb do you follow when it comes to your writing?
The rules for writing keep changing. The first novel I plotted with an outline thirty-some pages long, but Dark Migration, I wrote strictly as a panster. One trick I have some to rely on is to write the dialog for a scene first, using only the characters spoken words. Then I go back and add in layers of action and background. The layering of a scene keeps the story fresh and engaging.
Well, since you are here at Coffee and Characters, I must of course ask, how do you take your coffee and who is your favorite fictional character?
Wow, this is embarrassing to admit here on Coffee and Characters, but I don’t drink coffee. I have a quirk about drinking anything hot, no tea, coco, or coffee. I can’t even sip broth. However, I do love the aroma of a freshly brewed cup of coffee.
My favorite fictional character is the antagonist. For me the villain is the most memorable and dynamic character: Dracula, Norman Bates, Nurse Ratched, Mr. Dark, Hannibal Lecter, Annie Wilkes, Lord Voldemort… I love them all.
*Gasp* I would die without my coffee, I don’t know how you make it lol But Sandra, thank you so much for stopping by today! Before you head out to go do awesome author things, let’s have a few rapid fire questions!
Coke or Pepsi? Coke, or should I say Diet Coke, as a writer I sit on my butt a lot.
Word or Scrivner? Word
Movie Theatre or Rent at Home? Rent at home
Mac or PC? PC
Dogs or Cats? Cats—I love my Maxx, he’s a 16 lb. toothless ball of black terror.
Well that’s all for today! I do hope you’ll stop by again sometime!
I’ll be sure to do that, and thanks for having me today. I enjoyed the interview and hope that you and your audience enjoy reading, Dark Migration.