Blurb: After consolidating his gains against the enemy English, King Robert the Bruce of Scotland sends his best soldiers to fortify the lawless borders. These legendary warriors of the Highland Guard let nothing come before king and country—except the calling of their heart.
Of all Bruce’s elite warriors, Robert “Raider” Boyd is the most formidable. A true patriot whose bare hands are a deadly weapon, Robbie is the fierce enforcer of the Guard, and his hatred of the English has been honed to a razor-sharp edge. But vengeance proves bittersweet when his enemy’s beautiful sister falls into his hands and he finds himself fighting temptation—a battle he badly wants to lose.Lady Rosalin Clifford barely recognizes the rebel prisoner she saved from execution six years ago. Though her girlish ideals for fairness have matured into a passion for justice, Rosalin believes she betrayed her brother when she helped this dangerous man escape. Now her traitorous act has come back to haunt her. But she can’t deny the longing this tormented warrior ignites in her, or deny the passion that turns sworn enemies into lovers. Is the gentle love of a true English Rose enough to free Scotland’s most brutal warrior from a path of vengeance—before it’s too late?

The Raider by Monica McCarty is another amazing read in an already successful series. I will admit that I’m a bit late coming in on this series. I started off reading The Hunter, you can see my review HERE and have since then read The Raider but I still need to go back and start at the beginning and cannot wait to do so. The Raider captured my heart from the very beginning and I fell for Robbie from the very beginning when he came to the aid of the villagers and showed so much emotion in the face of what they had to endure. He was so passionate with his anger and his motivation to win at all costs is something that I actually liked about him.
Rosalin of course is a heroine to remember and yes I absolutely consider her a heroine because she saves the day through her compassion and will and her refusal to give up. She pushes Robbie and makes him see the other side, she forces him to understand that things are not black and white, and watching Rosalin and Robbie fall in love was something I truly will remember. This romance was heart-wrenching at times and made me swoon at others.
If you are a fan of historical romance, or any romance for that matter, you will want to not only read The Raider, but the entire Highland Guard series. It is just that good!

Check out the rest of the series! 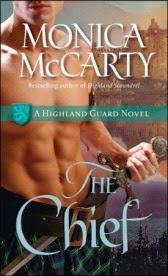 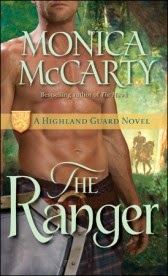 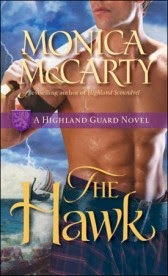 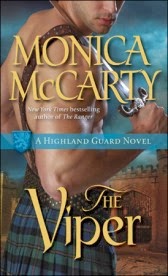 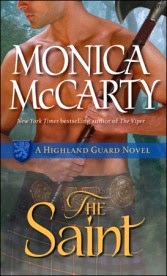 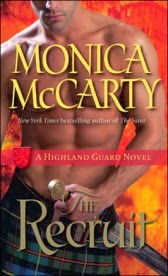 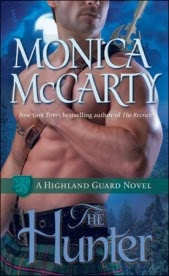 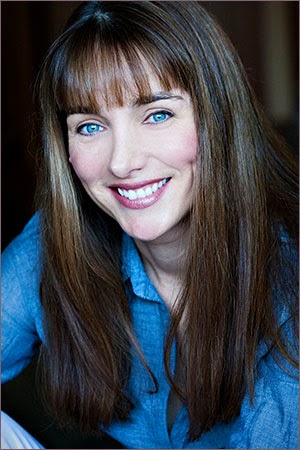 What do you get when you mix a legal career, a baseball career, motherhood, and a love of history with a voracious reader? In my case, a Historical Romance Author.Like most writers, I’ve always loved to read. Growing up in California there was always plenty to do outside, but all too often I could be found inside curled up with a book (or two or three). I started with the usual fare: The Little House on the Prairie series, The Chronicles of Narnia, The Hobbit, Watership Down, Nancy Drew, and everything by Judy Blume. Once I cleared off my bookshelf, I started swiping books from my mom. Some, like Sidney Sheldon’s The Other Side of Midnight, probably weren’t the most appropriate choice for a pre-adolescent—although they were definitely illuminating. I can still remember the look of abject horror on my mom’s Catholic-girl-face when I asked her what a virgin was. After that rather brief conversation, she paid a little closer attention to what had disappeared off her book shelf, and steered me in the direction of Harlequin and Barbara Cartland romances. I was hooked. I quickly read through the inventory of the local library and was soon buying bags of romances at garage sales.In high school, with the encouragement of my father (who I think was a little concerned about the steady diet of romances), I read over eighty of the Franklin Library’s One Hundred Greatest Books ever written—including Tolstoy, Confucius, Plato, and the entire works of Shakespeare. Some of them were tough going for a teenager, but the experience would prove an invaluable foundation for college. After reading War and Peace, I wasn’t easily intimidated.For some reason Monica decided to go into writing and not fashion.After graduation, I loaded up the VW (Jetta not Bus) and trekked down I-5 to attend the University of Southern California, majoring in Political Science and minoring in English (see why all that reading helped!). I joined the Kappa Kappa Gamma sorority, and when I wasn’t studying or at football games, did my best to support the local bartending industry. Ah, the good old days.With that kind of fun, four years of college wasn’t quite enough. So leaving Tommy Trojan behind, I traveled back up north to Palo Alto for three more years of study at Stanford Law School. Once I survived the stress of the first semester, law school proved to be one of the best times of my life—garnering me a JD, life-long friends, a husband, and an unexpectedly intimate knowledge of baseball. (See “The Baseball Odyssey” below).Law School was also where I fell in love with Scotland. In my third year, I took a Comparative Legal History class, and wrote a paper on the Scottish Clan System and Feudalism. So I immediately dropped out of law school and went on to write Scottish Historical Romances…well no, not quite. You see, I always knew I wanted to be a lawyer. My father was a lawyer, I was a “poet” (i.e., not into math), and I love to argue. It seemed natural.So I finished law school, got married, passed the CA bar, moved to Minnesota (with a few stops along the way), waived into the MN bar, worked as a litigator for a few satisfying years, moved back to CA, had a couple of kids, realized that a legal career and being a single parent for most of the year (due to husband’s career) would be extremely difficult, and THEN decided to sit down and write.And how did I end up writing romance? It’s not as divergent as it seems. What I loved about being a lawyer are the same things I love about being a writer—research and writing. The only thing missing is the arguing, but that’s what a husband and kids are for, right?